Designed with room for growth and expansion, IDEA Commons consists of facilities owned and operated by Missouri State University as well as other public and private entities.

Missouri State purchased the former Missouri Farmers Association building (now the Jordan Valley Innovation Center) from the City of Springfield in 2004 for $1, with plans to develop a high-tech research and development facility. As the plans for nearby Brick City began to form, the University saw an opportunity to expand its downtown presence. In 2008, the University developed a vision of a new urban innovation park that would become a thriving urban neighborhood filled with artists, innovators and entrepreneurs. It is IDEA Commons.

The City of Springfield, the Springfield Area Chamber of Commerce and many other area groups joined together to invigorate the vision of IDEA Commons, and with this support, the district began to grow. With this central vision and set of common goals, facilities began to move downtown and formerly dilapidated buildings began to find new purpose. The University later leased Brick City and renovation began on the complex. In 2009, the former Willow Brook Foods facility was purchased to incorporate into IDEA Commons.

Today, IDEA Commons is a community focused on creating what’s next instead of simply waiting to see. It’s a place that is rooted in history but has eyes fixed to the future. It’s the catalyst for innovation in southwest Missouri.

Big things are coming. Learn about exciting plans for expansion in the district. 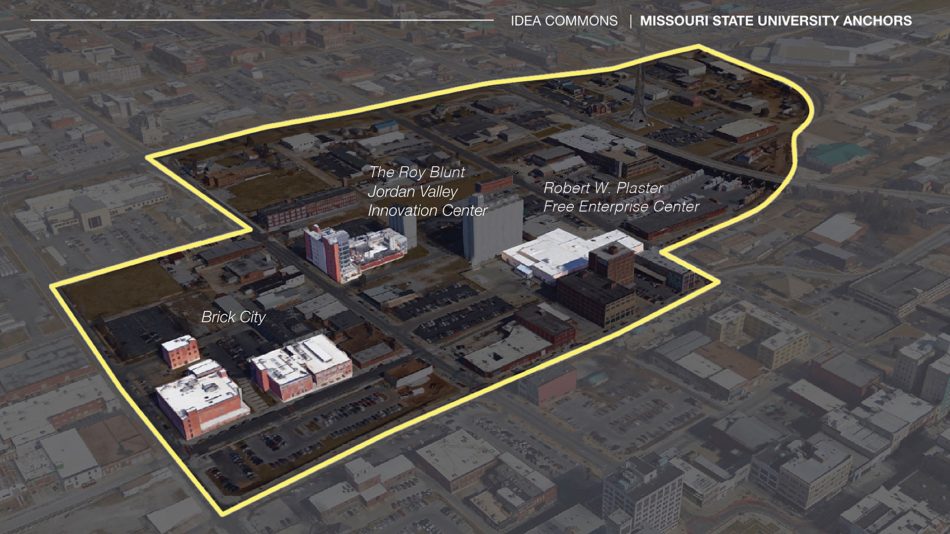